A place for my thoughts. 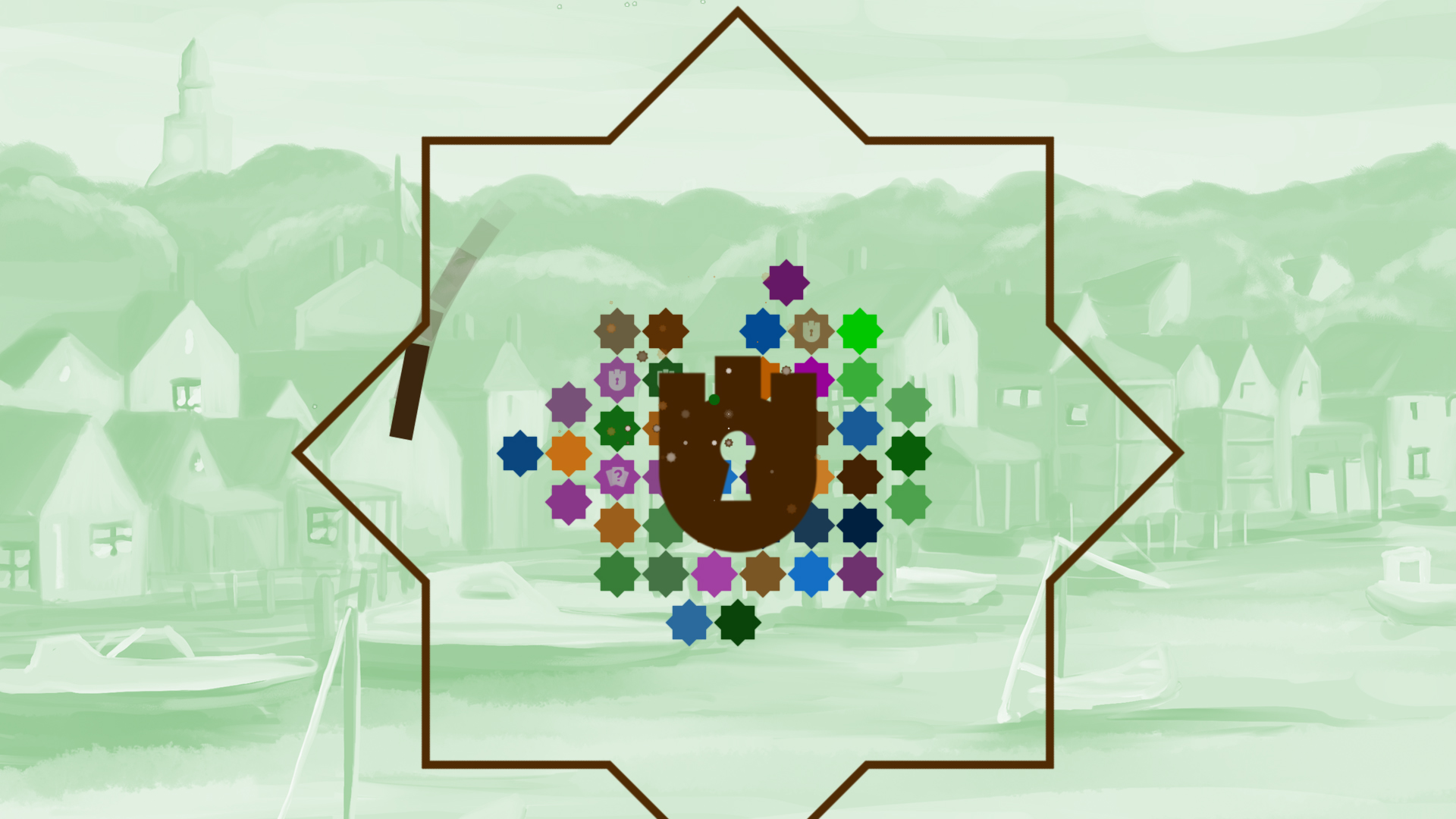 “Difficulty” is a tricky thing to describe when it comes to videogames. Plenty of games have one base-level of difficulty throughout, and it can’t be adjusted, so you better get good. Other games follow the Easy/Medium/Hard model (or sometimes “I’m too Young to Die” through “Ultra Nightmare!”). Recently we’ve seen the creation of assist modes such as in Celeste or Mega Man X Legacy Collection to remove nearly all punishment for failure, and make playing the game easier for newcomers. No matter what though, Difficulty has traditionally been a static variable for one or two mechanics, such as Enemy or Player Health, or the availability/strength of items. In Mondrian, Difficulty is dynamic, and nearly every system in the game adjusts depending on how tough you are.

When beginning a new game, players can select from 4 difficulties: Relaxing, Easy, Medium, or Hard. Increasing the Difficulty has the immediate, visible effect of opening up progressively tougher variants of each level, and in fact, in Mondrian Maker, you can iterate the Difficulty in order to change your level’s Block Types and Modifiers, with up to 4 different variations per level (Obstacles are not allowed on Relaxing, but Modifiers are). The game will always load a variant less than or equal to the current difficulty; for instance, if you’re playing on Relaxing, you will only see Relaxing variants, while if you’re playing on Easy, you’ll see both Relaxing AND Easy variants. Essentially, the player is rewarded with more content for taking the risk of playing at a higher difficulty.

There are, of course, other systems at play related to Difficulty, such as how likely a Gem is to spawn (lower chance at higher Difficulties) and the maximum value of those Gems (higher value at higher Difficulties); how many blocks it takes to make the Speedball go faster; how much the Breakerball heals when hit with the Paddle or a Gem is collected; how much the Stretch paddle scales when a Gem is collected and how quickly it shrinks the rest of the time; or how much action is allowed on screen before the ball will gently rest in place, giving you a chance to take in the particles and collect Gems. Essentially, we are making sure as many game systems as possible are tied to the Difficulty value, where appropriate, in order to scale the entire game and not just one or two systems.

Of course, this is just the Difficulty value. The Game Speed value, selectable under Gameplay Options instead of at the start of the game, can also be seen as somewhat of a Difficulty value, though it has more of an impact on the feel of the game than on the mechanics. Whether the game is played on Slow, Middle, or Fast has no effect on, say, the chance of Gems spawning, just how quickly they’ll try to fly out of the field. Game Speed is tied to anything with movement, including Paddle Spin, Stretch Paddle scaling, Ball speed, the groove rate of blocks, and even the soundtrack! That’s right, if you’ve never changed the game speed in Mondrian, you may want to just to hear totally different tunes.

By using Difficulty and Game Speed in a dynamic fashion, and tying them to every game system instead of just one or two values, Mondrian is able to scale pretty nicely across a broad spectrum of skill levels. It’s still a tough game, and we’ve even heard some complaints about the toughness, so we’re in the process of adjusting some math. Our goal here is to not make the game too easy – we still want it to be a challenge! – but to smooth out some curves of unexpected behavior, speed up the end of levels, and make moment-to-moment gameplay act a bit more predictably.

Since Cuphead launched in 2017, there’s been a debate about how difficult games should be. Hidetaka Miyazaki, designer of the Dark Souls series, has said that his goal is to give players a sense of accomplishment by making them overcome tremendous odds. Some designers like things that way, setting how the game plays from beginning to end. Some designers like adding in difficulty settings that change one or two variables throughout the game, while others take the halfway approach, having an “envisioned” mode but offering some assist options if players need them. I like to think of difficulty as a number, not an adjective, and seeing how math can shape an experience. In the case of Mondrian, I’ve always wanted players to be able to play the game how they want to play it. Want to chill out at 3am with some slow jams and pretty colors? Mondrian can do that. Want a high octane action/puzzle experience that puts Polybius to shame? Mondrian can do that too. We want Mondrian to have a little something for everyone, but with a core ruleset. No matter what speed or difficulty you’re playing on, we want you to get familiar and comfortable with those rules, but more importantly, the relationship between those rules. Much like Mondrian’s color wheel, our aim is to make the game’s dynamics work together in harmonious beauty.